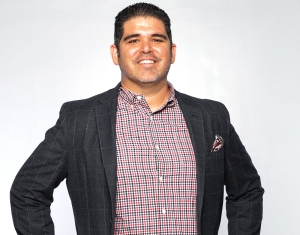 Joined the Entrepreneurship Team in 2014

Ezekiel Bonillas founded his first small business when he was just 16; the proceeds paid for his college tuition. After completing his MBA in Entrepreneurship at CSUSB, he sold that business and launched a career as a loan officer at a community bank. After several years of helping other entrepreneurs fund their dreams, Ezekiel founded a boutique consulting business and went on to work for the Coachella Valley Economic Partnership in Palms Springs, launched the Small Business Development Center program in 2012. In his role as CVEP’s vice president of entrepreneurship, he oversaw the Small Business Development Center and worked with small businesses across the valley in obtaining capital and resources to expand and thrive. Ezekiel most recently served as director of Economic Development for the Twenty-Nine Palms Band of Mission Indians and has been an adjunct faculty member at CSUSB since 2014, teaching courses in Entrepreneurship, Finance and Management.

Mickie Riley, founder of Rilington Group, a southern California home builder. He has a great story of building a great company, nearly losing it all and rebounding. His down-to-earth approach and strong work ethic are contagious. Also, Gary Vaynerchuk, founder of several successful ventures. His zero nonsense approach on success/entrepreneurship and the long road to get there, serves as reminder that you just have to put in the work, be committed, and disciplined. The payoff takes time, its not for the fainthearted.