Joined the Entrepreneurship Team in 2009 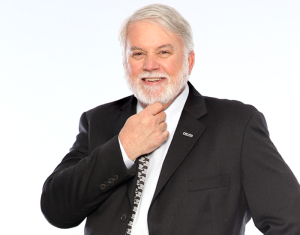 Steve graduated Magna Cum Laude from Cal Poly San Luis Obispo with a degree in Mathematics. He applied those skills to the insurance industry, specifically actuarial science. He earned the accreditation as an Associate of the Society of Actuaries. Steve played an integral role in forming Specialty Insurance Service in the mid-80’s. Steve transitioned from the CTO role to the CEO by 1990. He led the company through a round of venture financing and structured a successful exit in 1998. In 2000 Steve earned his EMBA from The Peter Drucker School of Management at the Claremont Graduate University. In 2004, Steve started an independent consulting firm specializing M&A transactions for closely held companies and in mentoring and coaching entrepreneurs. Beginning in early 2009, Steve was a founding executive with Avisio, Inc., a public company focused on transforming underutilized assets into successful companies. Steve is also a member of the Tech Coast Angels investment group.